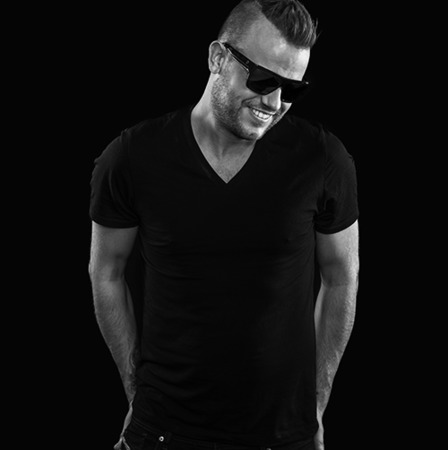 Billy The Kit's core sound cannot be described with words, you simply need to hear it! The man's uplifting record spinning is energetic, sexy and powerful with his characteristic BTK twist. Being one of the current top-artists in the Dutch party scene with more than 20 gigs a month, he is proud to be performing at club nights and events like Emporium, Extrema Outdoor Dance Valley, Mysteryland, Castle of Love, Lake Side, Free Funk and Solar.

In addition to this Billy performed as a weekly resident on a MTV's Totally Summer on Tour round clubs in Spain, Greece, Turkey, Bulgaria, Germany, Belgium, France and Italy. So far he has done 4 summer tours, doing over 30 gigs within 7 weeks in 6 different countries. He has hosted several radio shows with 3FM, 538 and Fresh FM amongst others. Back home Billy The Kit couldn't wait to start his new project 'Billy The Kit Solo' which sees the DJ spinning records during a 4 hour DVJ set supported by self mixed live visuals. With his exclusive solo events in Holland, which are extraordinary for a DJ like him, he was good for sold out clubs and he's known for giving people the night of a lifetime.

Over the years Billy has released several songs and 3 mix albums, accompanied by a successful solo tour throughout the entire country. Billy's releases have resulted in 6 top 10 releases with Dance-Tunes and a top 10 hit with Beatport. His tracks are supported by DJ's like David Guetta, Laidback Luke, Swedish House Maffia, Armin van Buuren, Afrojack and Chuckie.

After these successes Billy came more and more in the picture with all the major labels and at the beginning of 2011 Billy signed with EMI Music, the major label of Swedish House Mafia and David Guetta. The same year Billy's first release with EMI became a fact, 'Don't Be Shy' immediately hit the charts and was chosen to be the anthem of the Dutch MTV's awards.

In addition to this his single 'Don't be Shy' lead to guest appearances with major national TV broadcasters like MTV & RTL and he has hosted several radio shows with major national stations like 3FM, radio538 and SLAM FM. On Friday June 29 2012 Billy The Kit's new single 'Higher' has been released on Positiva records. 'Higher' is the result of of a collaboration with Bnann, front man of Infadels. Check out the official video here. Billy The Kit, who produced 'Higher' together with Benny Royal, is the first Dutch dj to sign with the infamous Positiva label, the UK based imprint and home to, amongst others, Swedish House Maffia.

Higher entered the iTunes Dance Charts #2, the MegaTop 5 #3 (5 most requested tracks on 3FM), the Cool Cuts Charts #13, the DMC Buzz chart #13 and the Slam FM Top40. Higher as well as Higher The Remixes (7 in total) have been released by Positiva on Beatport: http://­www.­beatport.­com/­release/­higher-extended-club-mix/­937757

At the moment he spends most of his time in the studio, where he is working on new music alongside other famous Dutch producers. In September, a split EP from Billy The Kit will be released through Mixmash.

Billy The Kit is famous for his energetic and charismatic live performances, of which he does no less than 240 a year. With his eccentric personality he knows how to run everybody over and turn everyone into a hardcore fan. The fact that he recently signed to ACE Agency – where his successful Dutch colleges Afrojack and Sidney Samson will be waiting for him – shows he has strong international ambitions.