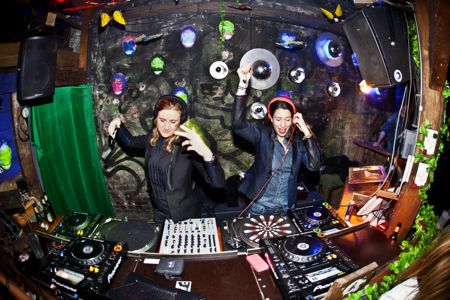 Cat Carpenters, is a female dj duo from Amsterdam. Besides a series of promising dj-sets, the duo is also active in the studio with already some successful remixes produced like “Maybe you are -Asaf Avidan & The Mojos’s (Cat Carpenters remix)“.

Two official remixes for Universal; Dotan – Home (Cat Carpenters Remix) and Di-rect You & I (Cat Carpenters remix) and this summer they release their first song featuring Bella Hay called The Time is Now.

Cat (Claire And Tess) Carpenters originated from the fiery musical passion, that Tess and Claire have shared since their early days at Red Bull. This love of house, deep house and tech house on the razor’s edge has now brought them together behind the decks.

And luckily so, because both ladies know how to whip up a crowd. The joy these two radiate from the booth is simply infectious. Put them behind the wheels of steel, and you know the floor is going to get cooking.

With a roaring festival summer coming up you can find the Cats this summer at; Amsterdam Open Air, Amsterdam Live On Stage, Thuishaven, Rubberboot festival and many more.