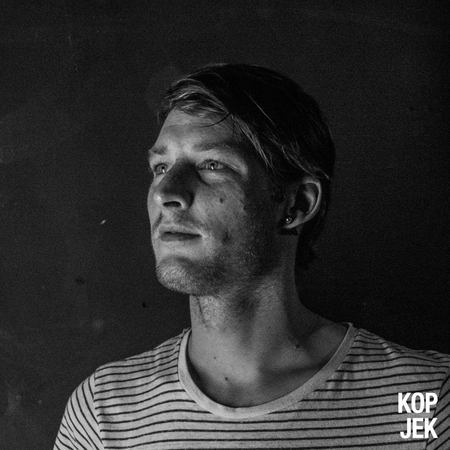 Douwe Ykema is a DJ/producer: !nnsearch. This DJ name refers to his never ending search for renewals in and outside the music! As a young wild boy, there was no bridge too far in discovering everything, and so the music. He asked himself when he was young: is music infinite? It is! Operating the treble and the bass buttons was something he did when he was a kid, on music of the Dire Straits etc. Also the kitchen cabinets from his mother were not safe, as a boy he sat there drumming on the pots and pans. Later in his life he began with drumming and the first touch as artist and music was born. After a number of years of lessons and two drum peddles later, it was clear: the most beautiful thing for Douwe is rhythmic music!

He knows what his goal is after one party: DJ-ing. At the age of 20, he starts with spinning vinyl and within two weeks he has the tracks running equal. So the story goes on with buying cd players, because he sees more opportunities. After buying these pretty boys, he's keeps investing in music. He spends a lot of money on buying music, which has a reason: he wants to give the producer what they deserve! Only wave format and no mp3: it's more quality, more fun and calmer for the ears.

The on going search of which music fits with his style, never stops and renews it selves every day. But one thing is for sure: disco, house and progressive music belongs to his standard equipment.
If a style of music fits into his mix, it goes in the mix!!

Only DJ-ing is obviously not enough for me and that's why I'm started to produce. Of course, it's not without battling, but wow, what a possibilities! This is what I need: determine everything myself, being whimsical, it's great!
Hopefully you guys enjoy my music and I feel privileged enjoying you as my audience.