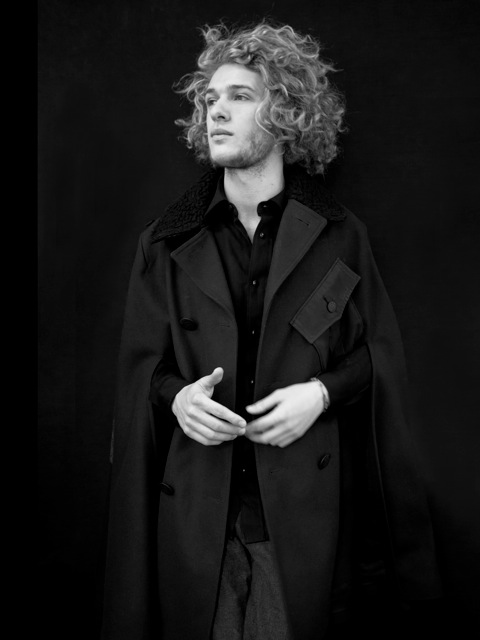 GOSTO takes you to places that you seem to recognize, but not yet have been before.

Roel GOSTO Vermeer is a singer, multi-instrumentalist, songwriter and producer. Inspired by traveling, chaos and love as well as artists such as Flying Lotus, James Blake, Thom Yorke and Jeff Buckley, GOSTO balances between fragile melodies and electronic extravaganza. In his song writing, he thrives to let you experience the thin line between simplicity and complexity. GOSTO melt the worlds of acoustic and electronic music together into one dubby trip-hop sound; raw, dark but still colorful.

In June 2014, GOSTO released his debut EP which got very well reviewed and received by both media and music fans. Headline shows followed throughout Holland and GOSTO played support shows for Thomas Azier, Oscar & The Wolf and How To Dress Well. Late 2014, GOSTO released a remix EP (with K15) and the track Chainless (including video), followed by a performance at the Belgian showcase festival Glimps in December 2014. GOSTO since the release of his debut EP played live at Dutch radio stations3FM, Radio 6 and 3voor12 and his music got featured on blogs such as 22 Tracks, DJ Broadcast, Noisey and The Daily Indie.

In January 2015 the band played a promising show at theEurosonic/Noorderslag showcase festival in Groningen. The show led to more international recognition and features on Belgium, German, French and Swedish music blogs. GOSTO got also selected for the 22 Tracks X Kornuit Sessions; a nationwide campaign and headline show supported by tastemaker website 22 Tracks.

New single My Bad is the first preview of the new EP' Coloured Silhouettes' which is released in April this year.

In 2015 GOSTO can be seen throughout the country during his new EP tour at various clubs and festivals including 22 Tracks Fest, Bevrijdingsfestival, Paradiso, Bird, Bibelot.