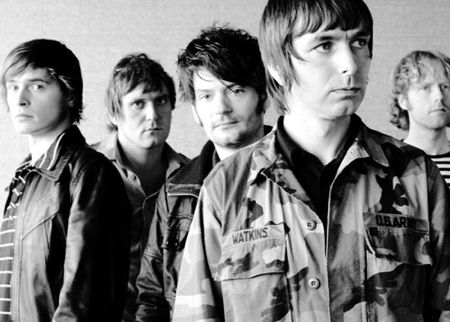 Anglo rockers Moke were comprised of vocalist John Hogg, guitarist Sean Genockey, bassist Alex Evans, and drummerJohn Morgan. Signing to the Dorado label, the group debuted in mid-1997 with the single "I Stand Abused," returning later in the year with "My Desire." Moke's first full-length effort, Superdrag, appeared in the spring of 1998; in the U.S. it was reissued the next year as a self-titled album on Ultimatum Music. Carnival followed in 2001, also on the Ultimatum Music label.