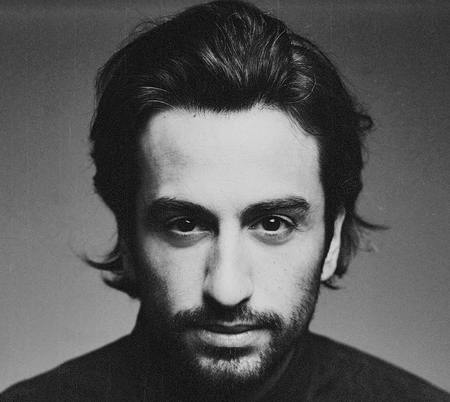 To find the origins of his unorthodox career move, we have to go back several years. Like so many of us, this shy young man found himself following a professional path others expected of him. “To the outside world it may seemed as if I had a good job, but I never aspired to that; all I ever wanted to do, from my earliest memories, was to just make music.” When he overcame his timidity and swapped the day job for his musical passion, his early achievements were impressive: he worked with international producers, recorded in London and Los Angeles, enjoyed plenty of airplay, and played some major stages. But along with this the pressures grew, and once again Dotan felt he was fulfilling other people’s expectations, rather than his own.

Living room shows remedied all that, and helped him rediscover himself. They inspired Dotan to write honest and personal songs. Finally he felt free to create the album he always wanted to make. Building on the intimate experience of these small gigs, he decided to record his album in the trusted surroundings of his own living room. “We installed microphones, put down mattresses to reduce the noise, and started recording.” What he likes most of all is how the sound developed, despite the modest studio surroundings. A song like ‘Let The River In’ starts humbly but gradually grows to epic proportions. At the same time, the record is rough around the edges. Background noises, including trams outside his window, survived the final mix. “I didn’t want to make a perfect, clinical record”, he explains. “The exterior sounds add to the authenticity of the recordings. It’s an album that lives and breathes.”

Central to the record’s lyrical theme is water. In his brief but already eventful career, Dotan has recorded, performed and composed all over the world; from Amsterdam, London, Los Angeles, Norway and Israel, to the coastal beauty of the English county of Devon. What always struck him in all of these places was his love for the sea. The coming and going of the water calmed him. He even recorded the sounds of the tides and found that they helped him sleep. The many magical qualities of water meander like a stream through his album.

‘7 Layers’ is a typical singer-songwriter album only in the sense that most of the songs started with just Dotan, his voice, and his guitar. But after recording the basic tracks, he would start building on the foundations, adding backing vocals and percussion. The album has a dynamic, bare-boned and sometimes unnerving sound. Silence contrasts with erupting sound, small acoustic songs with big, expansive compositions, everything anchored by Dotan’s voice and acoustic guitar. He didn’t shy away from experimenting. “I never thought about commercial potential; I just went in, recorded my album and then came the scariest part: waiting for the response.” He didn’t need to worry. Reviews were generous, with people praising the album’s authentic beauty.

And now it’s time to take these songs to new audiences, way beyond those cosy living rooms. Although he sometimes describes himself as a bit of a loner, you can expect Dotan to bring a full, six-piece live band on tour. On stage his songs take on different lives, as festival-sized crowds can already testify. In the hands of his bandmates the compositions he so carefully shaped himself, suddenly acquire a new dynamic. Far from having a fixed set-up, the musicians switch instruments and take turns vocalising. “Rather than having a traditional band with prearranged tasks we just go out and play music together. Again, it’s all about leaving your comfort zone.” Which is exactly what Dotan does best.