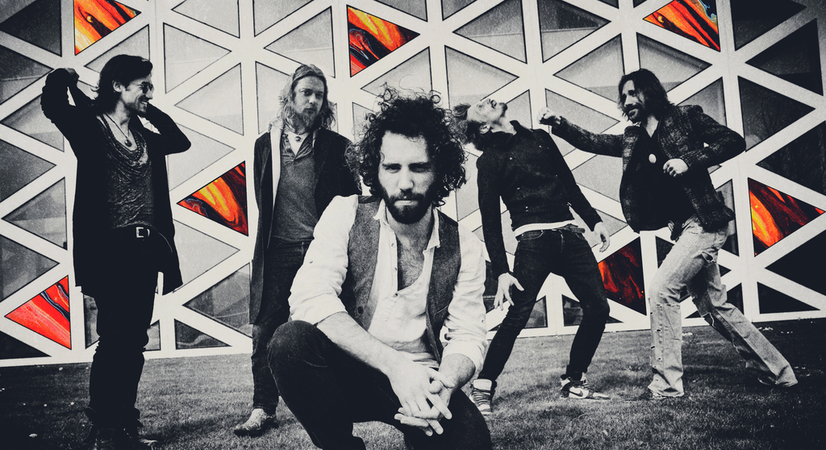 Navarone are a rock band from Amsterdam and Nijmegen in The Netherlands, who have been together since 2008. In 2012, the 5-piece released their first full album called A Darker Shade Of White, which was mixed by the American Grammy Award winning producer Vance Powell (Beck, Jack White).
They received critical acclaim in their home country and beyond for the modern and innovative interpretation of the 70’s rock and the lack of compromise with which the album was released. Internationally highly credited music journalist Jan Vollaard (NRC) put the album qualitatively on the same shelf as the latest releases of Wolfmother and The Black Crowes. Uriah Heep called them one of the best support acts they ever had.

Highly rated performances at the international music conference Eurosonic/Noorderslag and on Dutch national TV encouraged the word of mouth and resulted in a series of over 60 energetic performances at major Dutch festivals such as Zwarte Cross (mainstage, 160,000 visitors), Appelpop (150,000 visitors), Paaspop (50,000 visitors), the Hungarian Sziget festival and sold out shows in renowned venues like Paradiso, Vera, and Doornroosje. Dutch beer brand Grolsch asked Navarone to write a song for a commercial and whiskey giant Jack Daniel’s tagged Navarone as ‘Future Legends’, asking Vice to make a short documentary about the band. In December the band recorded two acoustic concerts in a large chapel, accompanied by nine high-class classical musicians, released on DVD in the autumn of 2014.

In 2014 Navarone also released their second album, called Vim & Vigor, focusing on the international rock scene. Like the previous album, Navarone’s second was mixed by the American producer Vance Powell. The band went to Nashville to work with him. Eurosonic/Noorderslag booked Navarone for the main stage (Eurosonic Air 2014).